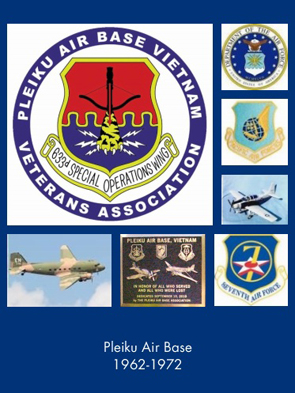 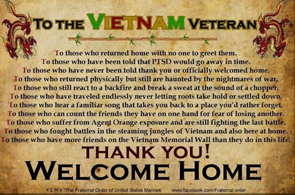 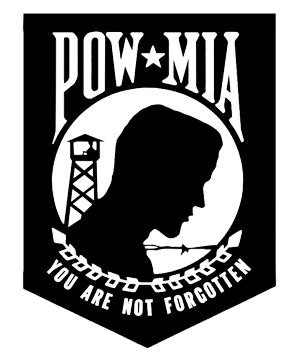 Pleiku Air Base is a former air force base in Vietnam. It was established by the South Vietnamese Air Force (SVNAF) in 1962 at an undeveloped airstrip, and was used by the United States Air Force during the Vietnam War in the II Corps Tactical Zone of South Vietnam. It was seized by the Vietnam People's Army in March 1975 and was then abandoned for many years. Today, the facility has been redeveloped as Pleiku Airport.

Pleiku Air Base was little more than an undeveloped air strip in December 1962 when it was designated by the South Vietnamese Air Force (VNAF) as Air Base 62. The VNAF 1141st Observation Squadron moved to Pleiku from Da Nang Air Base in January 1965, and a detachment of Douglas A-1 Skyraiders from Bien Hoa Air Base resided there for close air support capability. In March 1964, the tactical elements at Pleiku were Formed into the VNAF 62d Tactical Wing.

The 62d Wing was moved to Nha Trang Air Base in January 1965 where expansion of its air units could be supported more easily, leaving behind a detachment of support aircraft. Pleiku Air Base was then managed by the VNAF 92d Base Support Group and the base was used as a staging and emergency airfield.

USAF Use During the Vietnam War

As North Vietnamese infiltration increased within and along the Laotian and Cambodian borders the importance of Pleiku Air Base increased, and base facilities were expanded and improved. American Army and Air Force civil engineering units resurfaced and extended to 6000 ft (1829 m) runway and the base was jointly used for both VNAF and USAF air activities, but never reached the saturation and population proportions of the major air bases of the coastal lowlands. The USAF forces stationed at Pleiku were under the jurisdiction of the Seventh Air Force, United States Pacific Air Forces (PACAF). The APO for Pleiku was APO San Francisco, 96318. During the construction period, a Viet Cong attack on Pleiku airbase was made on 6 February 1965. The attack killed nine U.S. servicemen and wounded 128 others which led to the sending of conventional American combat forces to Vietnam.

The first United States Air Force unit to move to Pleiku AB on a permanent basis was the 633d Combat Support Group, which was activated on 14 March 1966. It took over the duties of the provisional Seventh Air Force 6234th Air Base Squadron which had managed construction and other activities at the base after the SVNAF moved to Nha Trang. The primary mission of Pleiku Air Base was forward air controller missions coordinated with the South Vietnamese and also as a base for United States special operations forces (initially called Air Commando units) in the South Vietnamese Central Highlands. It was a joint-service base, with units from the Army, Navy, Marines stationed there as well as the Air Force, which operated and maintained the base. With its diverse units, a wide variety of propeller-driven aircraft operated from the base, along with a large number of helicopters.

The 1st Air Commando Squadron moved to Pleiku on 1 January 1966 from Bien Hoa Air Base near Saigon, where it had operated since 1963. One of the initial United States Air Force advisory units in South Vietnam, aircrews of the 1st Air Commando Squadron operated the A-1 Skyraider, flying interdiction along the Ho Chi Minh Trail, but its pilots and planes also flew cover for pilot rescue missions, and it continued to fly close air support missions for U.S. and South Vietnamese ground forces. The 1st ACS also trained USAF and South Vietnamese Air Force aircrews in the United States and South Vietnam in unconventional warfare, counterinsurgency, psychological warfare, and civic actions.

The squadron was reassigned to Nakhon Phanom Royal Thai Air Force Base, Thailand in early 1967, engaging in special operations primarily in Laos. With the move to Thailand, the primary Air Force organization at Pleiku was the 633d Combat Support Group, which maintained the base and provided security against frequent Communist mortar attacks, as well as operating the airfield for Army, Navy and Marine aviation units transiting the airfield.

The 633rd Special Operations Wing was activated at Pleiku on 15 July 1968. Its mission was to assess, train, advise and assist South Vietnamese Air Force personnel in airpower employment, sustainment and force integration. 633rd personnel also advised the South Vietnamese in sustaining their own airpower resources and, when necessary, integrate those resources into joint and combined operations with the USAF.

The 6th Air Commando Squadron was formed at England Air Force Base Louisiana as a unit of the 1st Air Commando Wing. At Pleiku, it was the operational flying component of the 663d. The squadron was deployed to Pleiku on 29 February 1968 and arrived at Pleiku AB in March. During the stay at Pleiku, the squadron maintained a forward SAR alert unit at Da Nang Air Base from 1 April 1968 - 1 September 1969. The squadron was equipped with 20 A-1E/H (Tail Code: ET) Sykraiders.

The 6th ACS was designated as the 6th Special Operations Squadron on 1 August 1968. The unit flew combat missions, including air support for ground forces, air cover for transports, day and night interdiction, combat search and rescue support, armed reconnaissance, and forward air control. It was inactivated in place on 15 November 1969 with its aircraft being turned over to the South Vietnamese Air Force. With the departure of its personnel in late 1969, a small group remained at Pleiku for a short period of time to advise the SVNAF.

The 9th Air Commando Squadron was activated at Pleiku on 25 January 1967 as a deployed unit of the 1st Air Commando Wing, flying special operations missions using modified C-47D aircraft. During its active service, the 633d flew combat missions, including air support for ground forces, air cover for transports, day and night interdiction, combat search and rescue support, armed reconnaissance, and forward air control. The squadron was equipped with AC-47Ds Tail Code: ER. The squadron also had five 0-2B aircraft that were used for psychological warfare, dropping leaflets and playing recordings in Vietnamese encouraging the enemy to surrender. These were on Pleiku AB well into 1968 and possibly beyond.

On 1 September 1967, the squadron relocated to Nha Trang Air Base, where unit was being broken up and the pilots were transferred to Nakhon Phanom Royal Thai Air Force Base. They were assigned to either the 1st SOS, 22nd SOS, or the 602nd SOS (Fighter).

With the drawdown of United States forces at Pleiku Air Base in the early 1970s, the South Vietnamese Air Force established the 72d Tactical Wing at the base with its own squadron of A-1 Skyraiders (530th FS), along with two Bell UH-1H helicopter assault squadrons (229th, 235th) and the 118th Liaison Squadron, with Cessna O-2A, U-17 forward air controller/light reconnaissance aircraft. The last American units left Pleiku AB in 1972, after which the SNVF used the facility. After the 1973 Paris Peace Accords, Pleiku Air Base became a center of reconnaissance in the Central Highlands, with the SVNAF monitoring communist activity and treaty violations.

In 1974, the SVNAF had the following units assigned to Pleiku Air Base:

Capture of Pleiku Air Base

By the early spring of 1975 North Vietnam realized the time was right to achieve its goal of re-uniting Vietnam under communist rule, and so launched a series of small ground attacks to test U.S. reaction. When these attacks failed to draw a military response from Washington, the NVA staged a massive attack on the strategic town of Ban Me Thuot in the Central Highlands. Ban Me Thuot controlled Highways 14 and 21, vital lines of communication from the southern Central Highlands to Saigon and the coast.

On the night of 9 March 1975, the NVA struck the city and Pleiku airfield with artillery, mortars, and rockets. By the next afternoon, over half of Ban Me Thuot was in enemy hands, despite fierce resistance from ARVN defenders. VNAF air strikes destroyed five NVA tanks but during one strike, a bomb accidentally hit ARVN sector headquarters severely disrupting communications.

At Pleiku airfield, the small ARVN garrison came under attack and was forced to defend the control tower, preventing attempts to fly in reinforcements. ARVN reinforcements were diverted to Buon Ho, north of the city, far from the battle. On the airfield, the NVA had destroyed an 0-1, a CH-47, and ten UH-1s, although three damaged Hueys had managed to escape. Fierce fighting continued for three more days but by 14 March the situation was hopeless. During the four-day battle the VNAF flew over 200 sorties, inflicting heavy losses on the NVA, but to no avail. No aircraft were lost in the air, but three A-37s at Pleiku were destroyed by 122 mm rockets on 11 March when the NVA rocketed the airfield.

The day Ban Me Thuot fell, President Thieu called an emergency high level meeting at Cam Ranh Bay. During this meeting Thieu made the decision to attempt an orderly withdrawal from the Central Highlands around Kontum and Pleiku in order to conserve forces and regroup for a counter-attack. Unfortunately for the South Vietnamese, the commander of the region, General Phu, misinterpreted this order and directed an immediately evacuation of both cities. The commander of the 6th Air Division at Pleiku was given forty-eight hours to evacuate the airfield and immediately requested UH-1s, CH-47s, and C-130s to fly VNAF personnel and their dependants out of Pleiku.

On 16 March artillery fire began hitting the city and ARVN troops began a retreat to the coast along Highway 7B. At Pleiku airfield sixty-four aircraft were abandoned with little effort to destroy them before evacuating and large quantities of fuel and ordnance were left behind undamaged and ready for the enemy to use.

After the seizure of the base by the North Vietnamese in 1975, the captured South Vietnamese military aircraft were either destroyed or flown out to other airfields and Pleiku Air Base was abandoned, apparently remaining so for many years. Today, a small airport terminal building has been erected on the pad of one of the former USAF hangars. The former base facility has been torn down and a few streets remain, the land now being used for agriculture; a few of the former base buildings remain in use. The large aircraft parking ramp remains but is largely abandoned, along with the jet taxiway which is unused. The former USAF control tower and large fire department building with garages for the large fire engines on the flightline remains standing; their current use is undetermined.