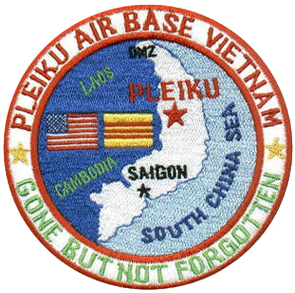 The heritage pamphlet is updated yearly and is a living document that grows as we receive new material. The information has been accessioned into the 633d Air Base Wing archive, and we plan to create a heritage display in our 633d Mission Support Group or Headquarters facility. This display will educate today's Airmen, inspire esprit de corps within the unit, and add great value the 633d Air Base Wing and future researchers. Naturally, we ensure that each document is appropriately marked UNCLASSIFIED. The classification markings remain the same by and large, as you likely remember. No material with "Personal Identifiable Information (PII), i.e., service numbers, addresses, phone numbers, etc." would ever be displayed/published as that material is marked CONTROLLED UNCLASSIFIED INFORMATION.

I have high hopes of making these displays and other products phenomenal with your assistance. There are plans to embed some material within smaller displays at the squadron level (i.e., 633d Logistics Readiness Squadron, 633d Security Forces Squadron, etc.).

If you have any questions, stories, items you would like to share or know any other veterans who served within the 633d Combat Support Group at Pleiku AB, the Republic of Vietnam, don’t   hesitate to contact me or provide them with my contact information. In addition to the postal mail address below, my email address is ryan.collins.14@us.af.mil, and my telephone number is (757) 764-2922.