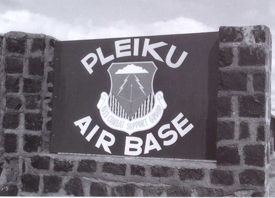 Our association is open to personnel of all military branches stationed in the Pleiku area.

THANKS from 633rd ABW Historian 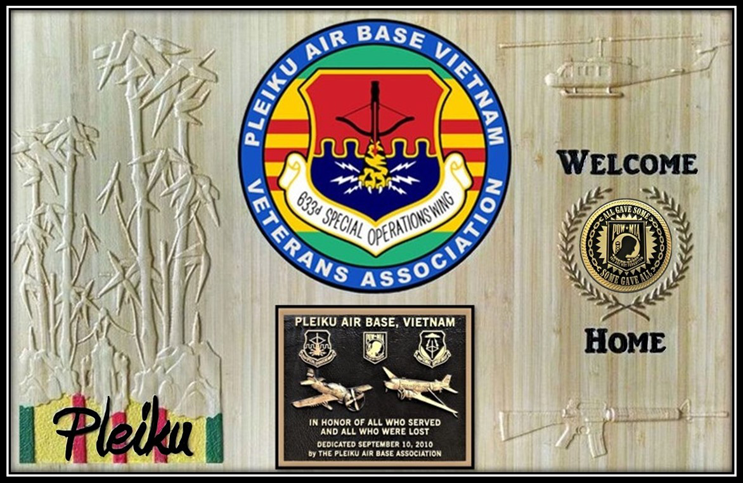 In 1988, four Pleiku Air Base veterans got together in a small town in Pennsylvania for a backyard picnic, where they decided to take up the task of searching for any and all veterans of Pleiku Air Base. That task eventually led to the formation of our Association and the locating of over 550 former officers and enlisted airmen. For over 30 years, our annual reunions draw Pleiku veterans of all ranks, job positions and lengths of service from coast to coast for a few days of remembrance, socializing and a chance to visit with both old and new found friends.

As the years pass and the number of our Vietnam era members diminish, we have opened our Association to include any service member, from any branch of the military, that served at or around Pleiku Air Base during the Vietnam war. Our website is dedicated to the preservation of our memories and experiences in the highlands of II Corp, Pleiku, South Vietnam.

To the many Army and Marine veterans whose units surrounded Pleiku Air Base and often provided needed protection for our base throughout the years, and for whom we in-turn provided combat air support during their ground operations; if you have no formal unit reunions or gatherings, we welcome your membership should you wish to join us. Brothers-in-Arms, all.

Without the persistence and dedication of founding members John Riley and John Pike of the 633rd Air Base Wing (Motor Pool), the Pleiku Air Base Association would not exist, we thank and remember them for the organization they created in which so many Pleiku veterans have participated.