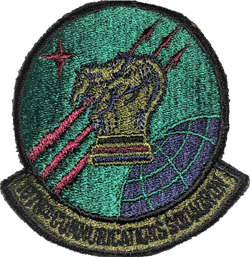 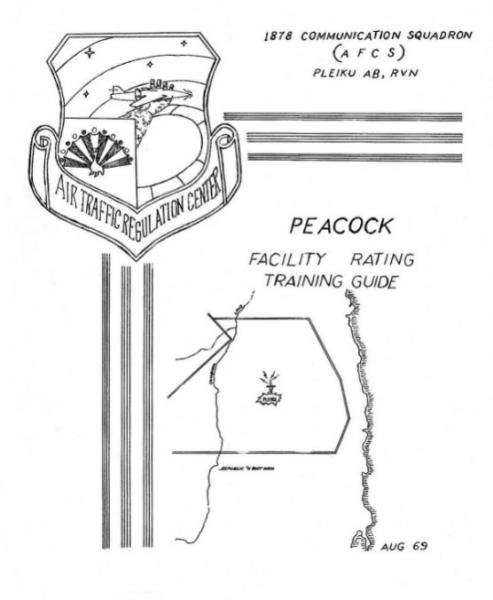 The Air Traffic Regulation Center is an element of the Tactical Air Control System (TACS) which provides U.S. commanders with the capability of performing the functions of control, monitoring, advisory service and coordination of air traffic under one management—the Air Force Component Commander. Peacock ATRC not only provides regulation of designated military air traffic, but also coordinates with the host country, South Vietnam, in control of aircraft movements, enroute control of U.S. and host country aircraft, and advisory service.

The ATRC located at Peacock handles the basic airspace control mission in the Pleiku and surrounding area. The pilots flying through the Pleiku area are cleared around such airspace blocks as: hot zones, blocked airspace, and terminal airspace delegated to other air traffic control agencies. During Instrument Flight Rule conditions (IFR) positive guidance is furnished to all air missions not operating in segregated airspace under other agency jurisdiction.

The Aircraft Control and Warning System provides surveillance, defensive and offensive missions within an assigned airspace. The closest working relationship is maintained between the air weapons controllers and the air traffic controllers at Peacock; for depending on the type of mission, the air traffic controller takes the necessary action to plan the aircraft’s flight. The volume of tactical traffic and its varied nature prevent establishing a clear cut dividing line between air traffic control and weapons direction. The point at which control is passed between the two varies from time to time and from mission to mission. To simplify things, missions can be divided into three basic parts: the launch, the mid-mission and the recovery. The air traffic controller may at times be involved in all three, but normally is involved in the launch and recovery of the mission. The recovery of offensive and defensive mission aircraft is relinquihed to the ATRC from the weapons director as rapidly as possible after the flight has expended its ordinance and can no longer be used for a mission.

The ATRC is designed to increase the margin of safety and reduce the degree of risk inherent in Vietnam. The control function performed by the ATRC at Peacock in the combat area of South Vietnam is unlike any standard or classic ATC system or set of procedures now in existence. Whereas, in basic ATC doctrine, the key function of the ATC system is to "promote the safe, orderly and expeditious flow of air traffic, "the mechanics of the ATRC revolve totally around mission accomplishment. This means that a measured risk is taken in Vietnam. It implies that even though the system may become saturated with numerous aircraft of different types, performing varied missions, the acceptance of traffic is not reduced or denied as is standard in normal ATC procedures. This requires the ATRC controllers at Peacock to utilize many different types of service, for instance they may make full use of standrd separation, assist in navigational assistance for air strikes to the target area, predict conflicts, and provide advisories both directly to the aircraft or relay through other ATC agencies.

Not only do the controllers at Peacock ATRC work closely with Weapons Controllers, but also they work closely with the air traffic controllers in terminal facilities. Rapid relay of critical information such as deteriorating weather conditions, obstructions on the airfield, or other essential information concerning the airdrome from terminal facilities are all part of the ATRC workload.

It has been accepted that there was a need for control of airspace shared by two or more factions of aviation (civil/military) under a single authority, that a coordinated and integrated airspace control system, which is essential to safe and orderly air operations, be established. Hence, a means to coordinate airspace utilization, air traffic regulation, and identification to prevent or minimize mutual interference brought about the need for the ATRC who provides such a service within the Tactical Air Control System.