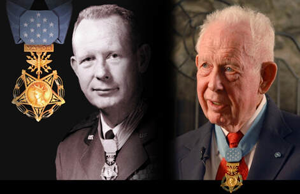 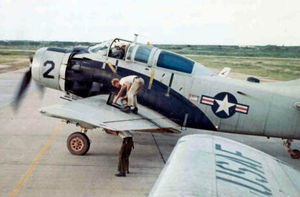 Born in 1927 in San Bernardino, California, Fisher was raised and educated in Utah, calling Clearfield home. He served briefly in the Navy at the end of World War II, enrolled at Boise State Junior College in 1947, and transferred to the University of Utah in Salt Lake City in 1949. He was a member of The Church of Jesus Christ of Latter-day Saints.

From 1947 to 1951, Fisher was a member of the Idaho Air National Guard. Before he was able to complete his undergraduate degree at the University of Utah, he was commissioned into the Air Force in 1951. After pilot training, he served as a jet fighter pilot in the Air Defense Command until 1965, when he volunteered for duty in Vietnam. From July 1965 through June 1966, he flew 200 combat sorties in the A-1E/H "Spad" Skyraider as a member of the 1st Air Commando Squadron located at Pleiku Air Base, South Vietnam.

During March 10, 1966, he led a two-ship element of Skyraiders to the A Shau Valley to support troops in contact with the enemy. Six "Spads" were striking numerous emplacements when the A-1 piloted by Major D. W. "Jump" Myers was hit and forced to crash-land on the airstrip of a CIDG-Special Forces camp. Myers bellied in on the 2,500-foot runway and took cover behind an embankment on the edge of the strip while Fisher directed the rescue effort. Since the closest helicopter was 30 minutes away and the enemy was only 200 yards from Myers, Fisher quickly decided to land his two-seat A-1E on the strip and pick up his friend. Under the cover provided by the other A-1s, he landed in the valley, taxied to Myer's position, and loaded the downed airman into the empty seat. Dodging shell holes and debris on the steel-planked runway, Fisher took off safely despite many hits on his aircraft by small-arms fire.

The rescue at A Shau was similar to an event that occurred on August 4, 1944 during World War II. On that date, Captain Richard "Dick" Willsie's P-38 was damaged by flak near Ploiesti, Romania. After both engines failed, Willsie crash-landed but was rescued from capture when Flight Officer Dick Andrews landed his P-38 on the field, squeezed Willsie into the cockpit, and flew back to base. By remarkable coincidence, both Willsie and Andrews were also involved in the A Shau rescue. Willsie was the commanding officer of the 602nd Air Commando Squadron to which Myers was assigned, and Andrews flew top cover during the entire rescue.

Fisher had earned a Silver Star the day before while flying support for the same battle.

Fisher returned to the United States, and, on January 19, 1967, was awarded the Medal of Honor by President Lyndon B. Johnson.

For conspicuous gallantry and intrepidity at the risk of his life above and beyond the call of duty. On that date, the Special Forces camp at A Shau was under attack by 2,000 North Vietnamese Army regulars. Hostile troops had positioned themselves between the airstrip and the camp. Other hostile troops had surrounded the camp and were continuously raking it with automatic weapons fire from the surrounding hills. The tops of the 1,500-foot hills were obscured by an 800-foot ceiling, limiting aircraft maneuverability and forcing pilots to operate within range of hostile gun positions, which often were able to fire down on the attacking aircraft. During the battle, Maj. Fisher observed a fellow airman crash land on the battle-torn airstrip. In the belief that the downed pilot was seriously injured and in imminent danger of capture, Maj. Fisher announced his intention to land on the airstrip to affect a rescue. Although aware of the extreme danger and likely failure of such an attempt, he elected to continue. Directing his own air cover, he landed his aircraft and taxied almost the full length of the runway, which was littered with battle debris and parts of an exploded aircraft. While effecting a successful rescue of the downed pilot, heavy ground fire was observed, with 19 bullets striking his aircraft. In the face of the withering ground fire, he applied power and gained enough speed to lift-off at the overrun of the airstrip. Maj. Fisher's profound concern for his fellow airman, and at the risk of his life above and beyond the call of duty are in the highest traditions of the U.S. Air Force and reflect great credit upon himself and the Armed Forces of his country. 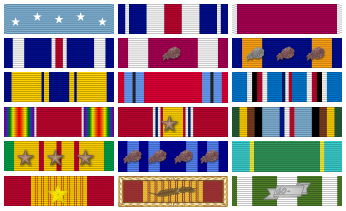