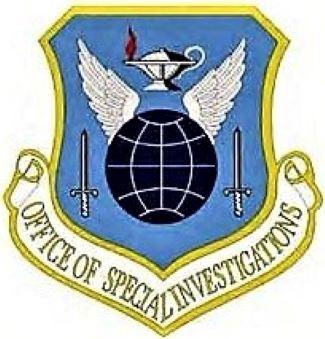 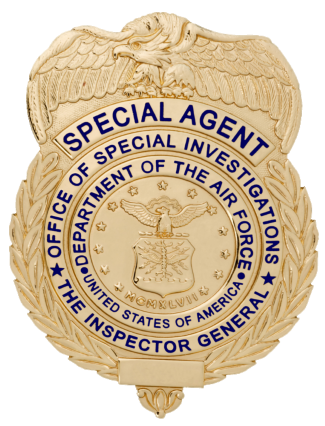 Special Agent (SA) Lee C. Hitchcock graduated from Riley High School, South Bend, Indiana, in 1958. He attended Purdue University, where he joined the Air Force ROT program. He graduated from Purdue in January 1963 with a Bachelor of Science degree in Industrial Economics and was commissioned a second lieutenant in the US Air Force. After serving at Norton AFB, California, Hitchcock was assigned as an agent trainee for the Office of Special Investigations (OSI) at OSI Detachment 1703, Davis-Monthan AFB, Arizona. He graduated from OSI Basic Course 65-B on 11 June 1965, first in a class of 29 agents. SA Hitchcock then returned to Davis-Monthan AFB to work general investigations. In November 1966 SA Hitchcock was assigned to OSI Detachment 5003, Da Nang Air Base, Republic of Vietnam. In February 1967 he reported to OSI Detachment 5008, Pleiku, Vietnam, to serve as detachment commander. The detachment personnel lived and worked in a villa in Pleiku City, approximately eight miles from the air base. In the early morning hours of 10 September 1967, the OSI villa came under attack by Viet Cong guerrillas. They shot the South Vietnamese sentry in front of the OSI building and mounted a 20mm rocket attack directly against the villa, hitting SA Hitchcock's bedroom just as he was moving toward the door. He died shortly thereafter from wounds sustained in the attack.SA Hitchcock was posthumously awarded the Bronze Star with "V" device for consistently demonstrating professional ability, sound judgment and great enthusiasm for his duties and associated responsibilities. He was also awarded the Air Force Commendation medal. In 1968, The Lee C. Hitchcock Award, given to the student attaining the highest scholastic average at the OSI Special Investigations School, was named in his honor. The Hitchcock Award was later changed to represent the AFOSI Officer Special Agent of the Year.